Highland, Maryland - December 03, 2018: Unbeknownst to him, fifty-four-years-ago, a bet was placed on Naval Academy cadet Greg Horne's benefit, while he was recovering from an injury. Navy lost to Army and he owed Ed Dewey, a West Point cadet, a USNA parka.

Ed even sent a follow-up letter asking Greg to "pay-up." -- but Greg was at sea, and his mail was forwarded to his mother's home. He found the then 52-year-old letter, while he and his siblings cleaned out their late mother’s house in 2016. It took some time, but Greg tracked down Ed.

The parkas are not longer made, so to make good on his bet, he sent Ed a commemorative USNA blanket, similar to one he owns. 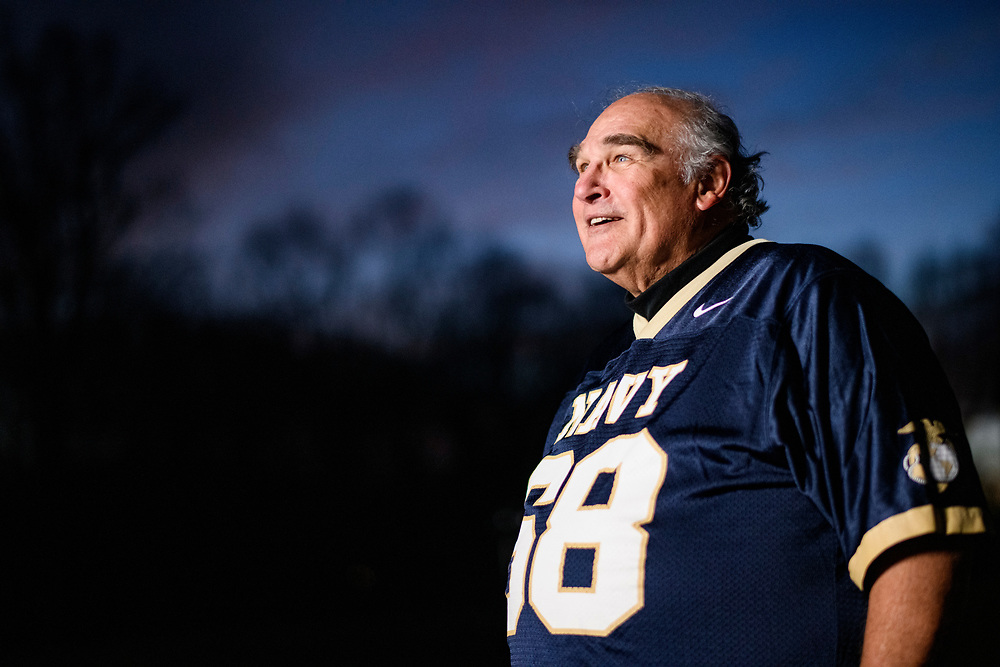