Mountlake Terrace, Washington - July 13, 2015: Dictator Dorian Grimes, stands in the dedicated embassy space for the Republic of Doria in Überstadt's capital, Rosewood. King Adam I tried to figure out a way to mark the embassy, but it got in the way of lawn mowing.

The Republic of Doria claims territory in three non-contiguous locations, Hyacinth, Rhododendron, and Laburnum, all homes located in southwestern Snohomish County, Washington. Her micronation is protected by an army of cats. Two cats, to be precise. "The two separate units of my army would attack each other. They live in two separate houses."

The dictator suffers from allergies, too. She is not allergic to her armies, rather to her woolen dictator jacket. "What does it say about my country that I'm allergic to my uniform?"

At the end of the summer, Dorian plans to leave Washington to attend college in Los Angeles. King Adam I, who already has his associates degree, is debating wether he should attend college in Northern Washington or go on a Mission representing the Church of Latter Day Saints.

The Kingdom of Überstadt is led by nineteen-year-old King Adam I, (Adam Oberstadt). The Barony of Rosewood -- the micronation's capitol and the Oberstadt family home -- is nestled in the Seattle suburb of Mountlake Terrace, Wash.
Überstadt also claims territory of nearby Edmount Island on Lake Ballinger -- called The Barony of Ballinger and "considered the spiritual homeland of the nation." Both baronies reside within the Duchy of Edmount which "is situated entirely within the boundaries of the city of Mountlake Terrace, Washington," according to the Überstadt website.
Überstadt was founded by King Adam I and his high school friends March 6, 2010, and was governed by judges as a kritarchy. Before taking the crown, Adam was Überstadt's chief judge. After graduation, many of the Überstadti moved away to college and Überstadt's populace shrank. Activities would shift from the high school to Rosewood, 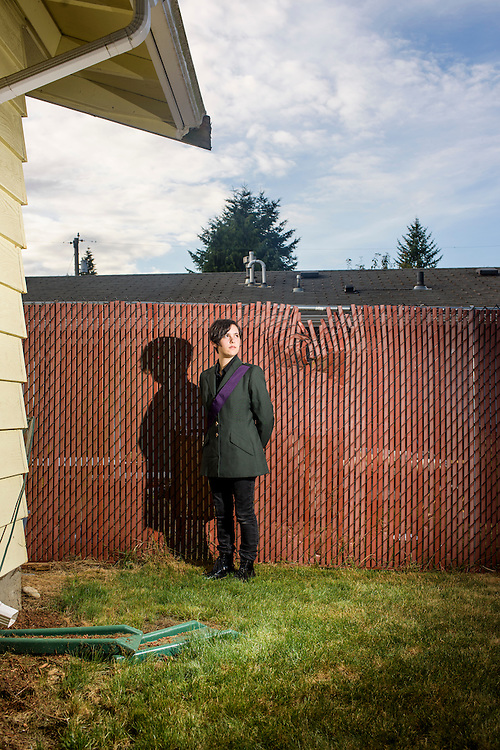