All the DeMatha Catholic High School football players signing to colleges show off paraphernalia, mostly hats, for family photos -- except the highest nationally rated of the bunch, Cyrus Kouandjio. The the 6'7" offensive tackle -- one of the nation's top high school football players -- has been famously undecided, not knowing if he was going to follow in his older brother's footsteps, and possible shadow, and go to Alabama, or start his own legacy at Auburn. While he announced he will attend Auburn next Fall over the nationally televised event, Cyrus never signed his commitment letter. Three days later he committed to play for the Crimson Tide. 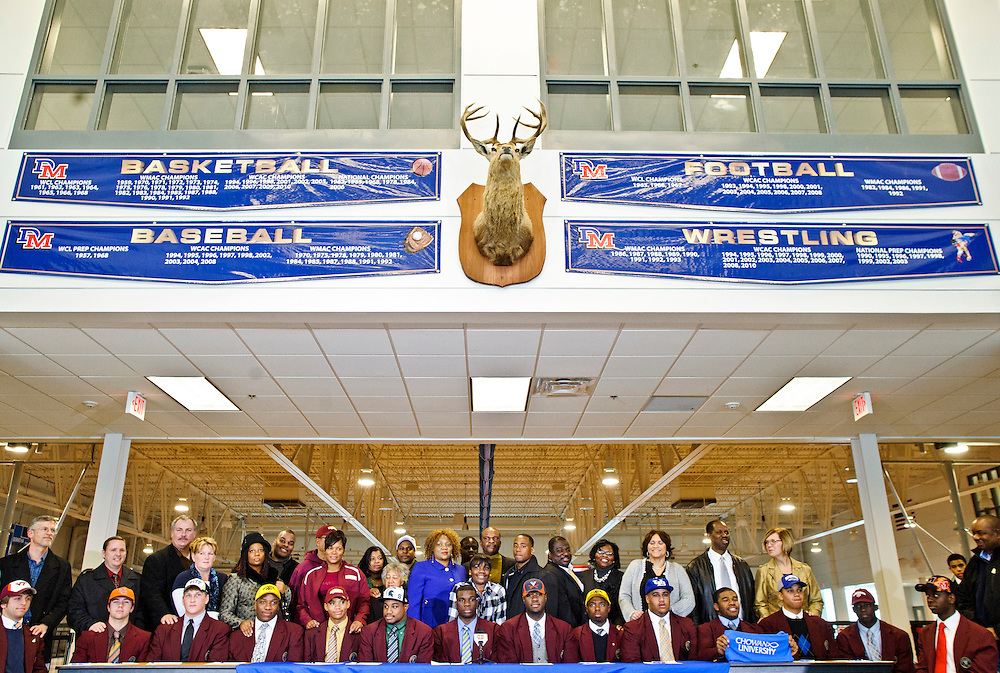