Vintage Base Ball - Bat Toss - Vintage base ball umpire, or "arbiter," as the position is sometimes referred to, Sam Bernstein, a social worker from West Orange, NJ, "tosses the bat" to Sean "Toothpick" Ness, left, from the Atlantic Base Ball Club, and Michael Kafka, from the Fair Play Base Ball Club, based out of Talbot County Maryland, before the starting the second game of the Chesapeake Cup. Toothpick's hand got to the top first, so the ABBC chose to bat first. Historically, bat tossing was a common way to establish home and away teams because most games were played on in a neutral area on an open field -- not a designated baseball diamond. 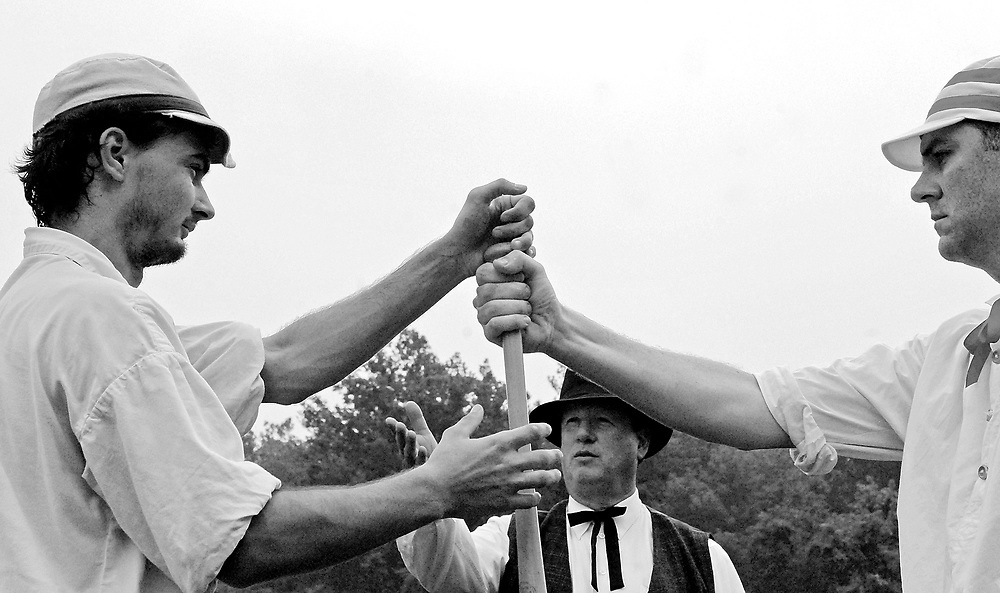