(photo by Matt Roth).Assignment ID: 30128227A..Matt Fouse waters his wilted backyard garden by flashlight and moonlight in Baltimore, MD Saturday, June 30, 2012. His house is one of millions without power in the aftermath of the massive derecho which hit the Mid-Atlantic region Friday during a record breaking heatwave. The temperatures reached above 100 degrees during the day and were in the 90s at night. ...After the massive derecho storm Friday night, Matt Fouse lost power in his home on the 3200 block of Abell Ave in Baltimore, MD. Saturday night the nighttime temperatures dipped into the 90's outdoors. ...After the deadly derecho storm swept through the Mid-Atlantic region Friday night, over three million in Maryland, Virginia, West Virginia, Ohio, and Washington D.C. are without power during a heat wave. In Maryland temperatures stayed in the 90's and 100's. . 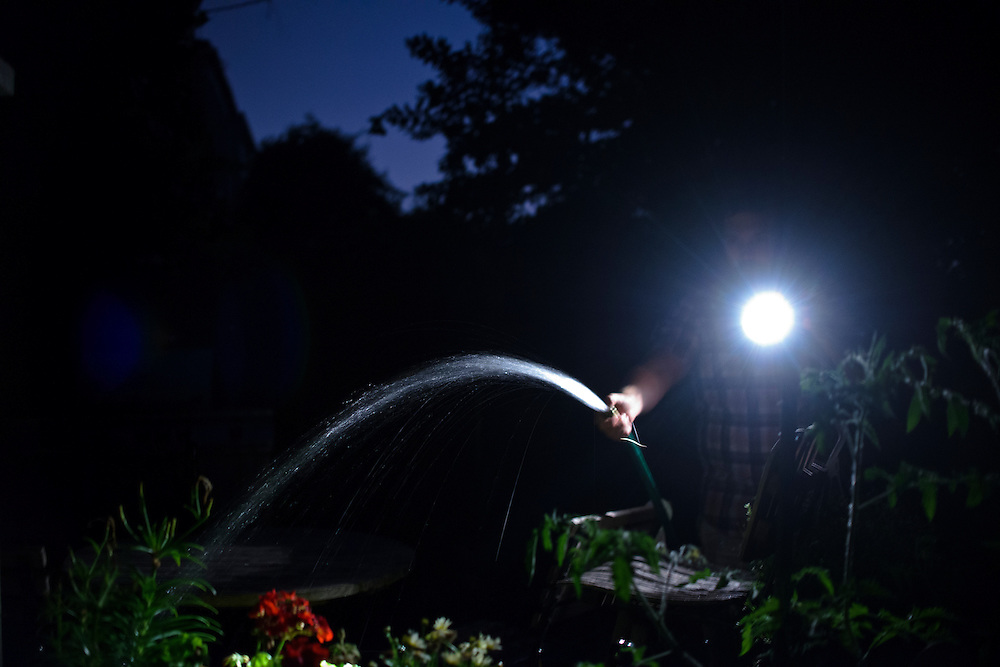