Mountlake Terrace, Washington - July 13, 2015: Prince Aaron and King Adam I of Überstadt stand for a portrait in their camouflage BDU's on the shore of Lake Ballinger before voyaging to Edmount Island, which is "considered the spiritual homeland of the nation." After rowing as close to the peat island as they can, the Oberstadt brothers will enact "their first official Mark of Überstadt's sovereignty" tossing a small paper laminated flag onto the island. 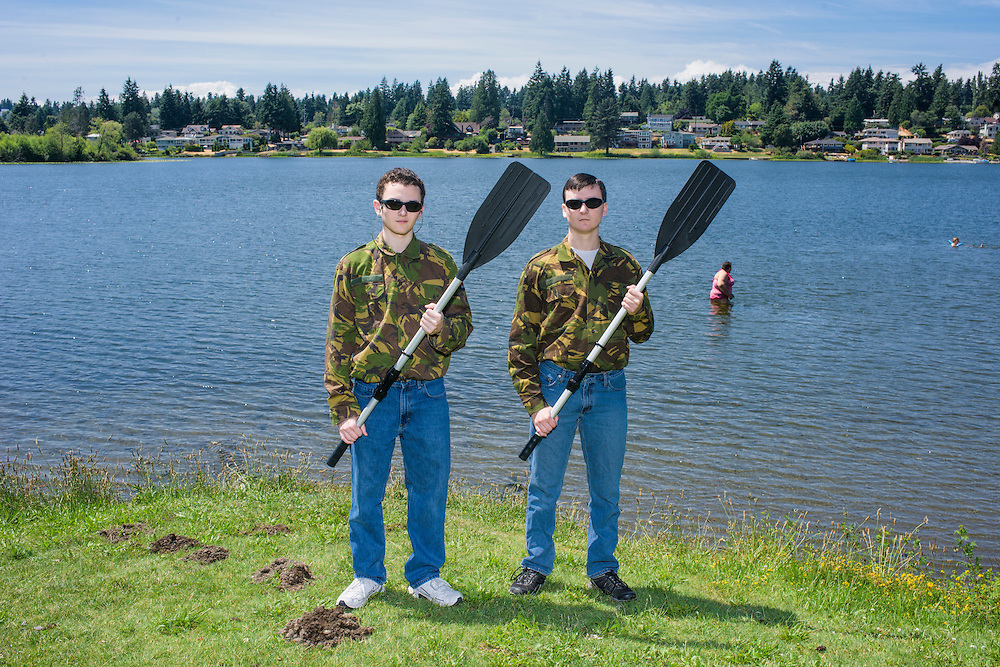