Matt Roth/Novus Select.Thursday, March 22, 2012..Members of the press photograph Rev. Al Sharpton, while he announces that the Sanford Chief of Police Bill Lee has temporarily stepped down before the official start of a rally addressing Trayvon Martin's killing at Fort Mellon Park in Sanford, Florida Thursday, March 22, 2012. Standing on the stage with Rev. Al Sharpton is the Martin's attorney Benjamin Crump, far left, Sybrina Fulton, the mother of Trayvon Martin, directly left of Sharpton, Tracy Martin, right, the father of Trayvon Martin, and President of the NAACP Benjamin Jealous, far right...Rev. Al Sharpton spoke at the rally for the slain black teen who was unarmed and shot after an altercation by neighborhood watch volunteer George Zimmerman, who pursued Trayvon on foot after being told not to by 911 dispatchers. Zimmerman has yet to be arrested because of Florida's Stand Your Ground Law. 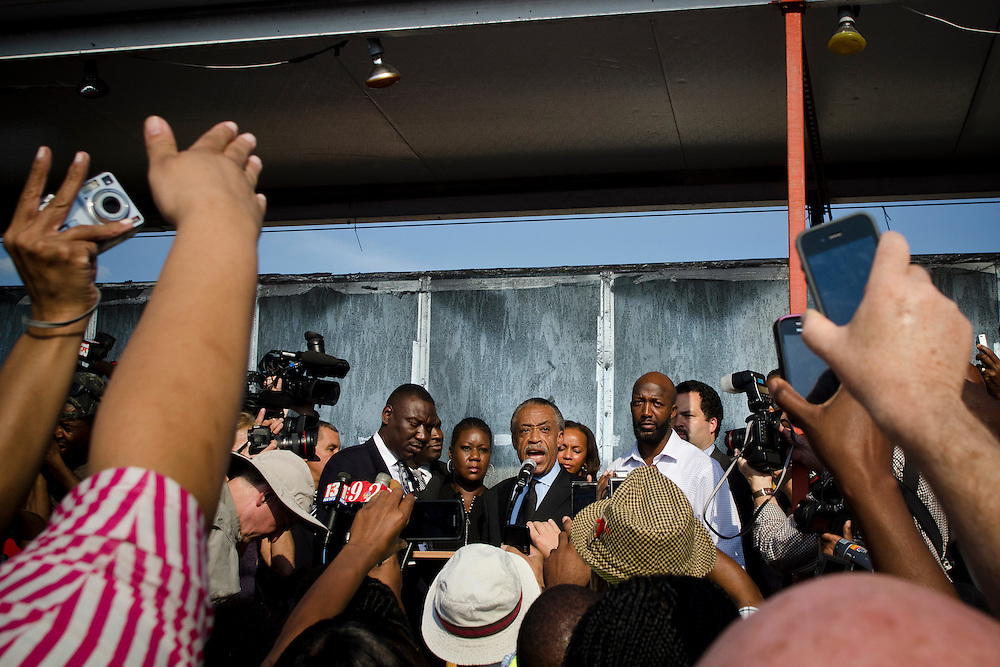