Mountlake Terrace, Washington - July 13, 2015: The dining room in Rosewood is where Überstadt's Parliament is held and dinner is served. 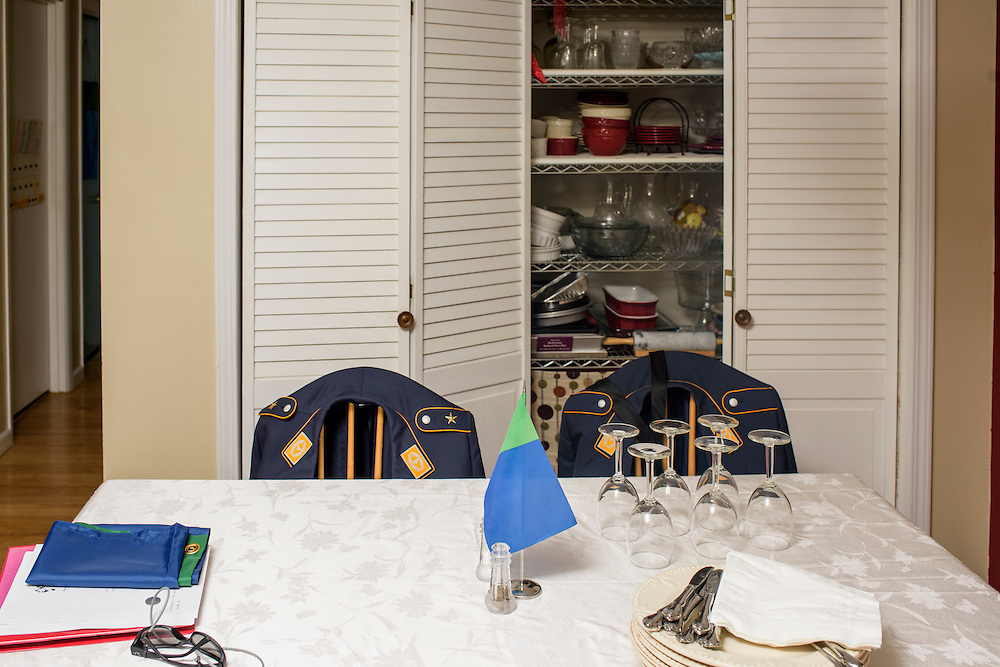