photo by Matt Roth.Wednesday, April 11, 2012..McDaniel College Exercise Science Professor, Dr. Steve McCole applies electrodes to Ron Shriver's body before participating in a VO2 Max test in the Gill Center's Human Performance Lab, Wednesday, April 11, 2012. The test is part of Ron's exercise science lab course. Ron's classmate Jake Zamostny tosses a marker while talking to Ron and Dr. McCole...Ron Shriver is a retired marine staff sergeant. After serving abroad and in Hawaii, the Westminster, Maryland native, returned home to be the first in his family to attend and finish college, thanks to the New G.I. Bill..Ron Shriver is a retired marine staff sergeant. He is also the first in his family to attend college, thanks to the New G.I. Bill. His wife, a fellow retired Marine, is finishing up graduate school in Alaska. After Ron gets his undergraduate degree from McDaniel College in May, he plans to drive to Alaska with is two children Rory, 6, and Miles, 5. For the move Ron got rid of most of his family's belongings, and after his lease was up, he and his children moved back into his parent's farmhouse. 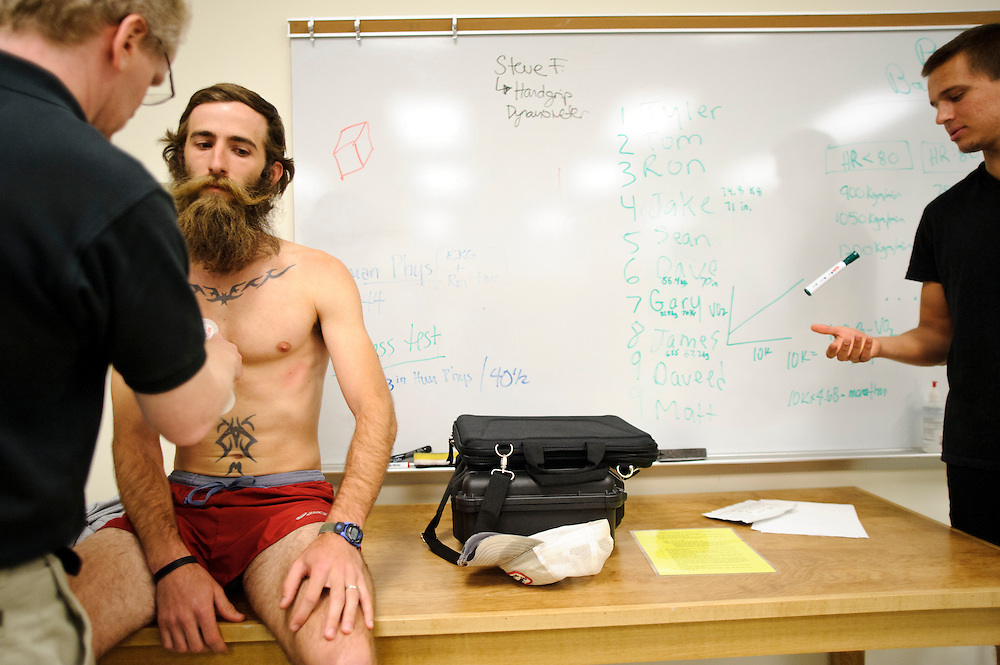