Towson based band Burning Rosewood brought the rock and an estimated 300-400 screaming audience members at the Recher Theater in Towson earlier this month during the venue's Battle of the Bands Concert. The prize, which the five piece won, was a chance to show their stuff on a stage of the Vans Warped Tour August 10, 2005. Members Joe Pozzolano, 22, from Towson, Alex Paradis, 19, from Perry Hall, James Larson, 16, from Perry Hall, Mitch Lester, 18, from Owings Mills, and Josh Pelc, 18, from Owings Mills, are poised for a photos at their practice space in Essex, Thursday August 11, 2005. (Staff Photo by Matt Roth) 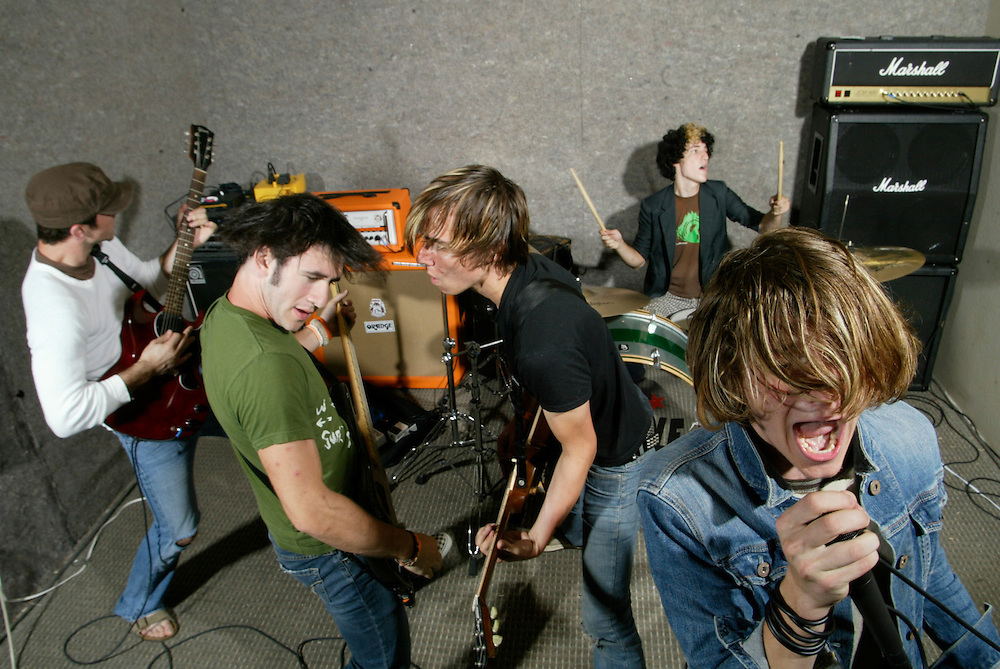