Hollywood, California - April 10, 2015: Micronationalist leaders Prince Arthur of The House of Homestead of Andorra, President Kevin Baugh of The Republic of Molossia and Grand Duke Travis of WestArctica stop for a stately portrait while touring Hollywood outside Graumans Egyptian Theater Friday, April 10, 2015. The Trio are a selection of more than 20 Micronations who attended MicroCon 2015 in Anaheim that Saturday. 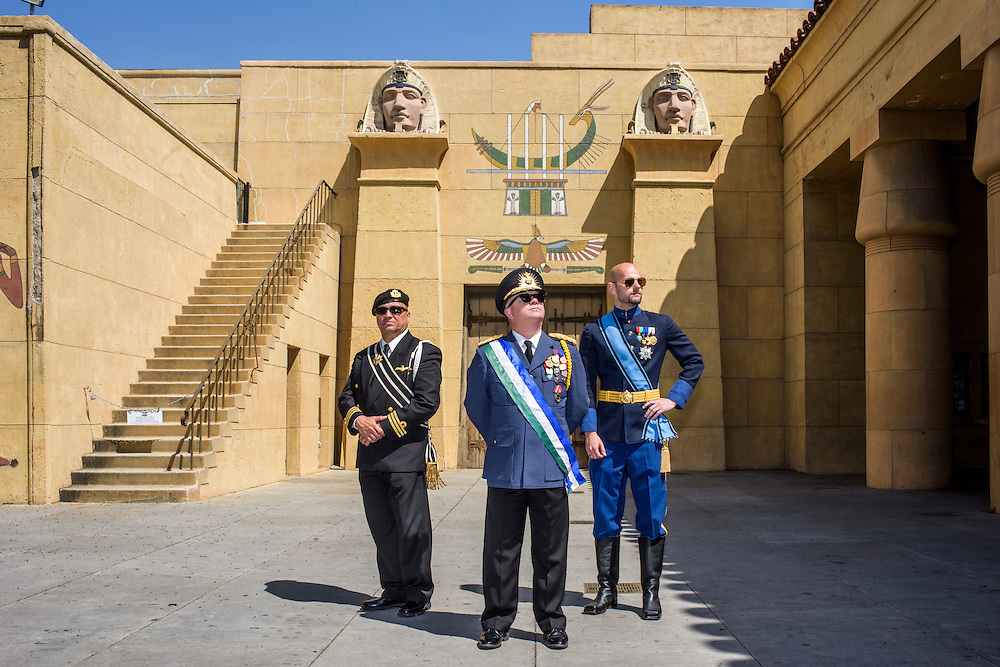