121021 Aldon Smith 737.NEF.."I wish they hit me harder" said 49ers linebacker Aldon Smith (CQ), seen falling onto a stunt mat during the shooting of his shoe mugging scene at 5:49 am Sunday, October 21, 2012. Aldon Smith is in New York City during a bye week to play the role of Jerome (CQ), a shoe store manager, in "Hypebeasts," an NYU graduate school thesis short directed and written by San Fransisco native Jess dela Merced (CQ). Aldon was on set from 2:30am to 6:15am inside and outside the Reed Space, located on Orchard Street in a hip boutique area of in Manhatten's lower east side. The movie is a short about a fight between "sneakerheads" who are waiting in line for the "drop" of a pair of new shoes. Grizz Chapman (CQ), from 30 Rock, is also in the short. Both Grizz and Aldon are the shop managers. .By MATT ROTH/SPECIAL TO THE CHRONICLE 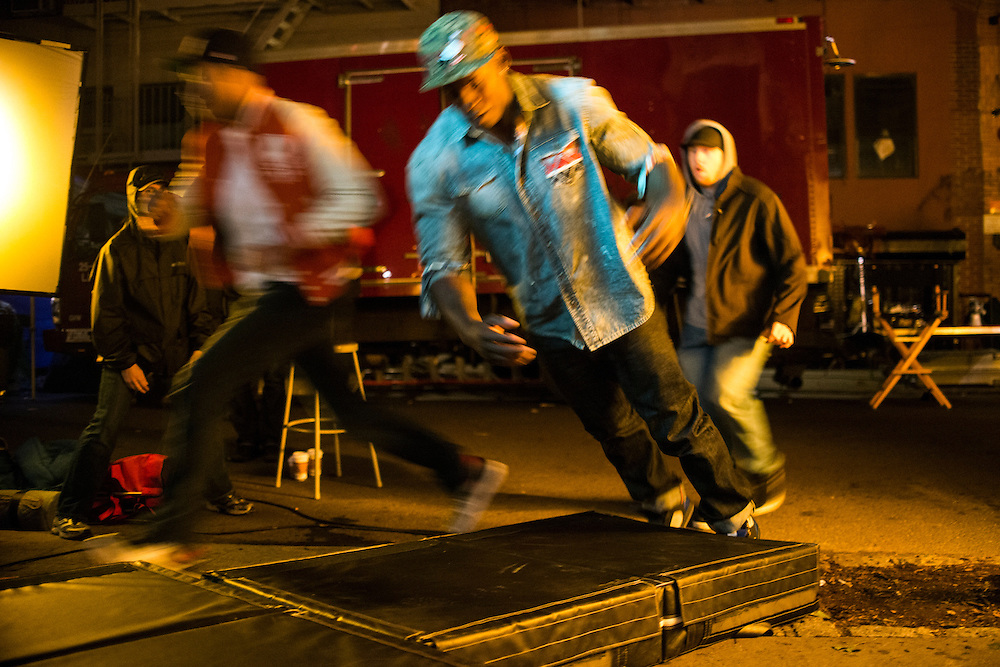