Hyattsville, Maryland - November 01, 2015: Chris Giunta, from Hyattsville, Md., removes parts of his full scale replica statue of Han Solo frozen in Carbonate from his home's entryway. The statue, in his home's entry way, is still a work in progress. He put it assembled it for a picture.

He is a Star Wars fanatic who hates Episode 1-3. He moved to San Fransisco from Maryland and camped out for a month to be one of the first in line to see The Phantom Menace. He even proposed to his wife before the movie started. These days he forbids his children from watching the first three films and the re-released digitally enhanced versions of the original trilogy. He hopes the new films live up to his expectations. 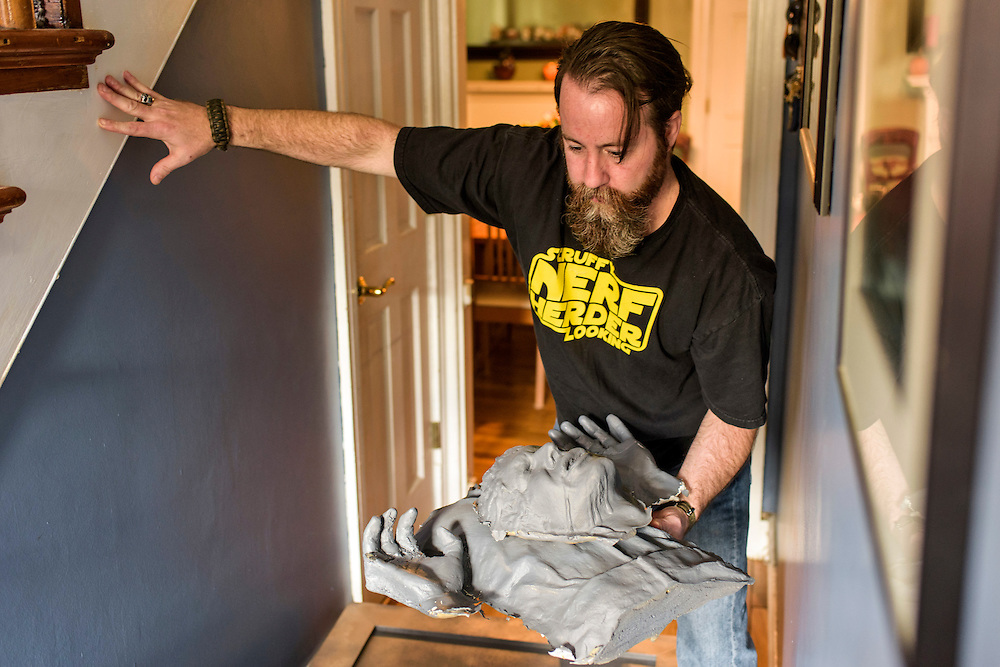