Mountlake Terrace, Washington - July 13, 2015: King Adam I, 19, his brother Prince Aaron, 17, and their cat Diamond, stand in front of Überstadt's capitol, Rosewood (their house). According to King Adam I, "Diamond was once the head of the Cat Party." When Uberstadt was partisan The Cat Party was the leading conservative faction. Now that Diamond is in retirement he's free to do his favorite things, which are hang around outside and "lick himself." "Now Überstadt is a direct democracy, making parties irrelevant," said King Adam !. 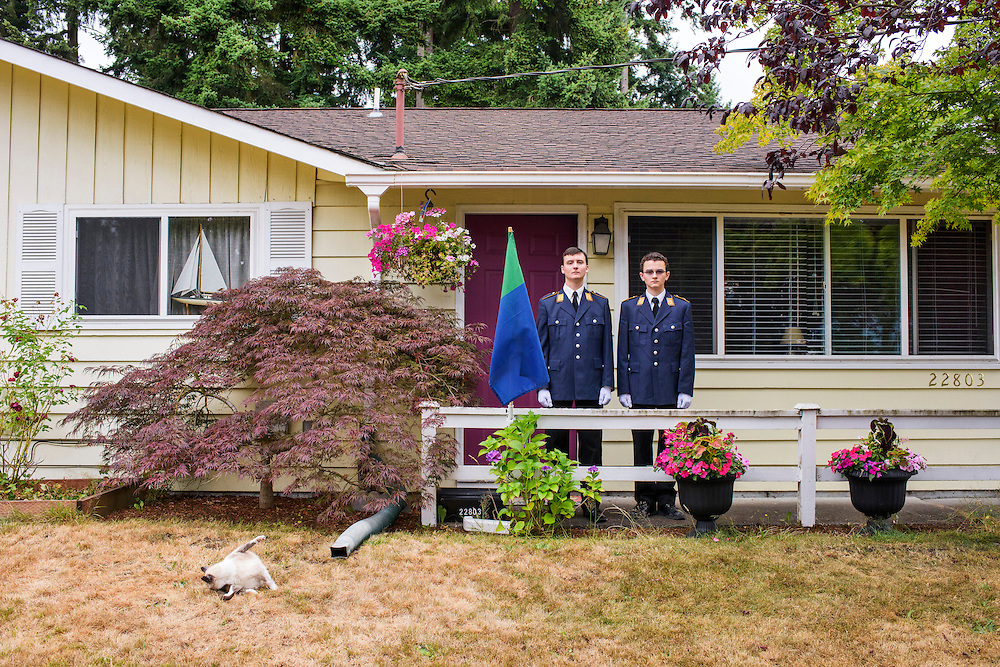