The Republic of Molossia

President Baugh sits in the Office of the President -- which he built.

When I told my Grandmother I was heading out to photograph a micronation in Nevada, she worriedly asked, "It's not one of those places with the neo-Nazi's is it?" Ha! Oh Grandmommy… Although, to Grandmommy's credit when I tell people about this place, you'd be surprised how often people assume it houses some kind of a scary separatist militia, or wonder if it's kinda like an Indian reservation.

Molossia is less separatist, and more satirist. Molossia isn't a serious place, but after 36 years of rule President Baugh is serious about Molossia's operation, laws, commerce, and declaration of sovereignty. "Almost anything a micronation does is a form of political satire," said President Baugh during our tour.

Having said that, Baugh is serious about his declaration of sovereignty. On molossia.org the country references Article 1 and 3 of the 1933 Montevideo Convention on Rights and Duties of States as well as the Charter of the United Nations, article 1 of the International Covenant on Civil and Political Rights.

Baugh writes,"One of the greatest powers that a nation possesses is the right to exercise inherent sovereign authority over its members and territory." 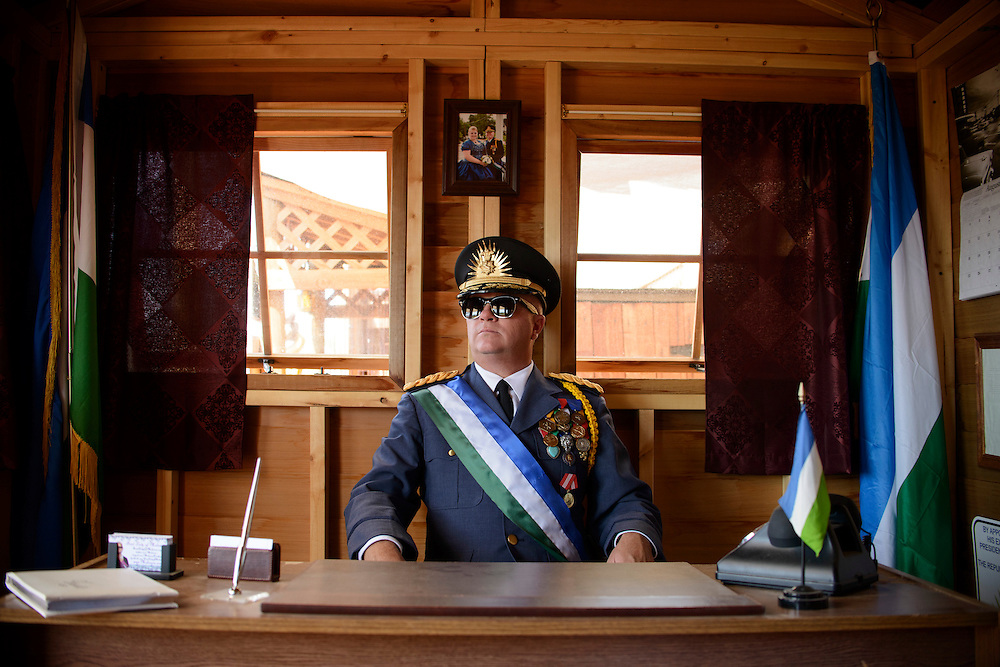