Cyrus Kouandjio puts down his signing pen while the rest of his DeMatha teammates sign their college commitment papers. Earlier in the afternoon Kouandjio, one of the nation's top high school football players, from DeMatha Catholic School, located in Hyattesville, MD, announced he chose to play for Auburn. However, he never signed his commitment during the event. At the time speculation remains weather he will stay true to his word or possibly commit to Alabama where his older brother plays, or the New Mexico. He later committed to play for the Crimson Tide. 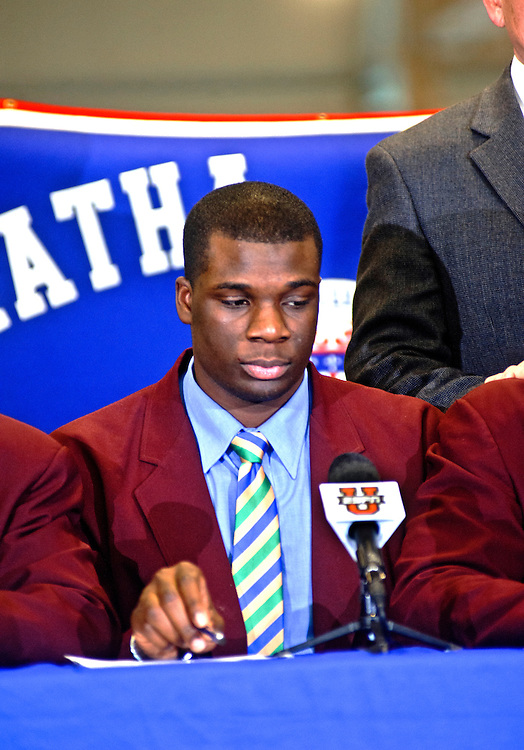