Photo by Matt Roth.Assignment ID: 10136387A..Paralympic gold medalist Tatyana McFadden, 23, left, and her two younger adopted sisters Hannah McFadden, 16, middle, and Ruthi, 13, right, are photographed by their mother Deborah McFadden, before getting inside a limo provided by Tatyana's Paralympic sponsor, BP, who paid forTatyana and her family to have a limo driven night in Baltimore Friday, December 21, 2012...Deborah McFadden stands for a portrait with her daughter Tatyana McFadden, 23, at their home in Clarksville, Marland on Friday, December 21, 2012. Tatyana was adopted from Russia at age 6 with spina bifida. The Paralympic gold medalist, and a group of adopted children, plan to appeal to Russian ambassador. 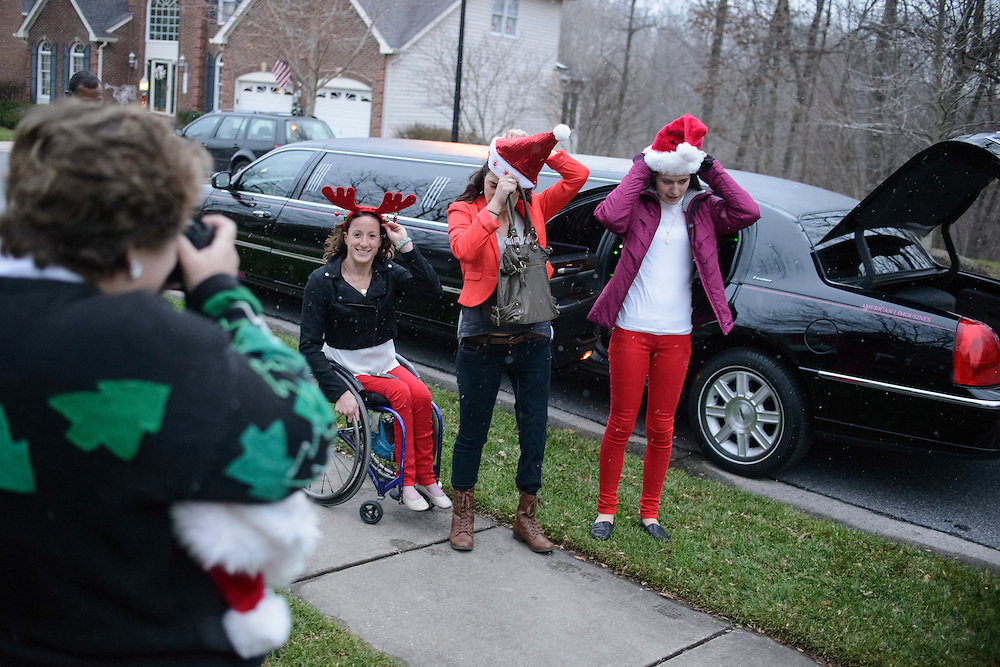