Baltimore, Maryland - June 05, 2014: Shytiera Greene, 15, a student at the Independence High School says if she's out after curfew and he sees a police officer, she'll probably run -- even if she's not doing anything wrong. Baltimore City Council passed the strictest youth curfew in the nation. Proponents say there is a lot of mis-information circulating about the new legislation. Many believe curfew violators will go to The Baltimore City Juvenile Justice Center -- known locally as "Baby Booking" -- but proponents of the bill say the criminal justice system will not be involved in curfew breakers. Rather children picked up by police after curfew will be taken to a youth connection center. Currently one is open, but nine are proposed to open. Critics of the legislation say this new curfew enforcement will increase negative contact with police officers, stating "Officer Friendly" doesn't exist anymore. 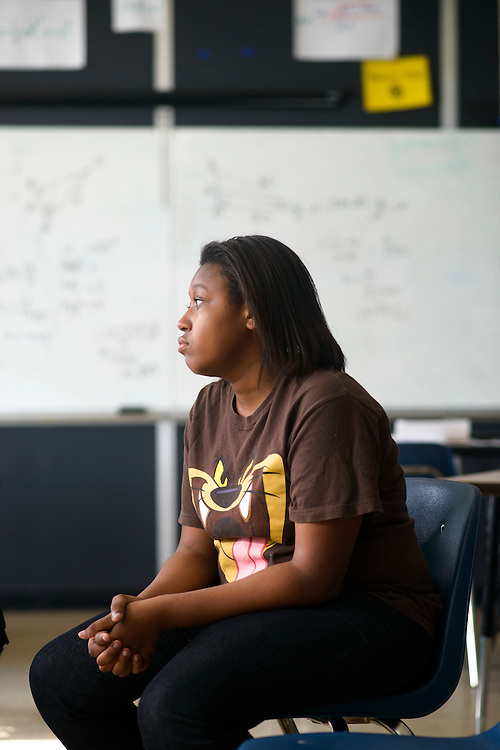