Baltimore, Maryland - December 15, 2018: a "Show Your Soft Side" campaign banner featuring John Minadakis, co-owner of Jimmy's Famous Seafood is hangs on the wall outside his restaurant's carryout door. He's been featured three-times in the anti-animal cruelty campaign.

PETA targeted Jimmy's Famous Seafood earlier this year putting up a billboard directly outside the restaurant, protesting the eating of seafood. John responded with his own billboard, and a billboard war ensued, much to the amusement of local media outlets and social media. John's business has been booming. This year PETA also put up a billboard criticizing Johns Hopkins use of animal testing. 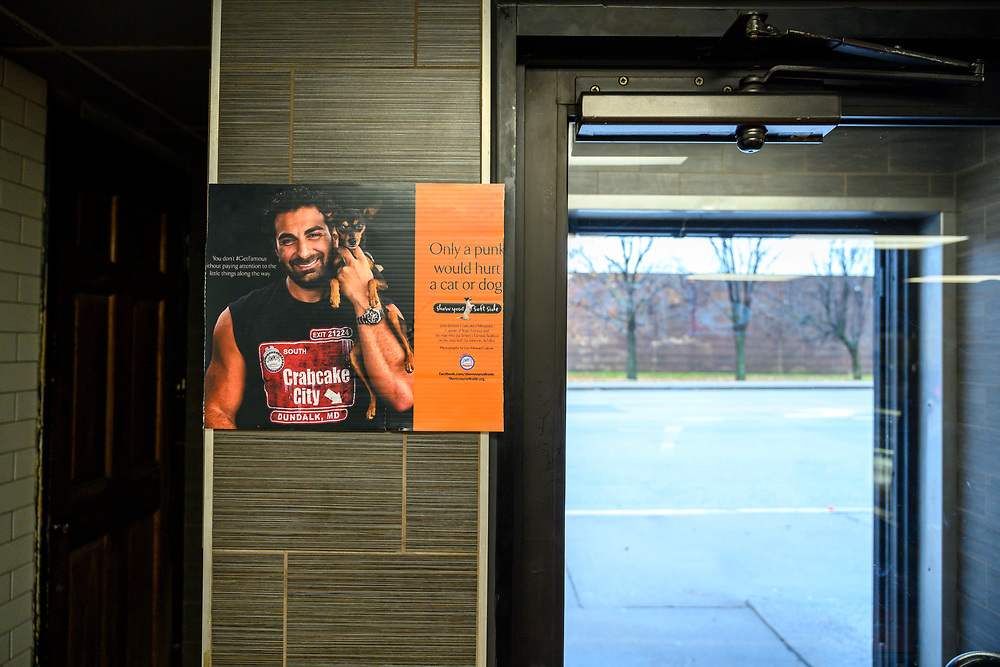