Washington, D.C. - January 23, 2015: Chris Wallace, is the Anchor of Fox News Sunday. A token of the time Wallace beat NBA super star Michael Jordan in a game of PIG hangs on his office wall.

"In 1997 while I was at Prime Time Live, I profiled the Chicago Bulls and got to play one-on-one basketball with Michael Jordan. Anyone in my place would want a photo of the event. We played horse, where if you don’t make a basket after your opponent, you get a letter, and the first person to spell horse loses. Jordan proposed we play dog instead because it was shorter. It came down to a tie, with only the “g” left. I heard him say, 'Oh please don’t let him win.' When he missed a shot after I made one, I said, 'That would be dog, wouldn’t it?' Without missing a beat, he said, 'Weren’t we playing horse?'”
The objects in Wallace's office in the Fox News D.C. Bureau is a mix of personal, political and celebrity history. 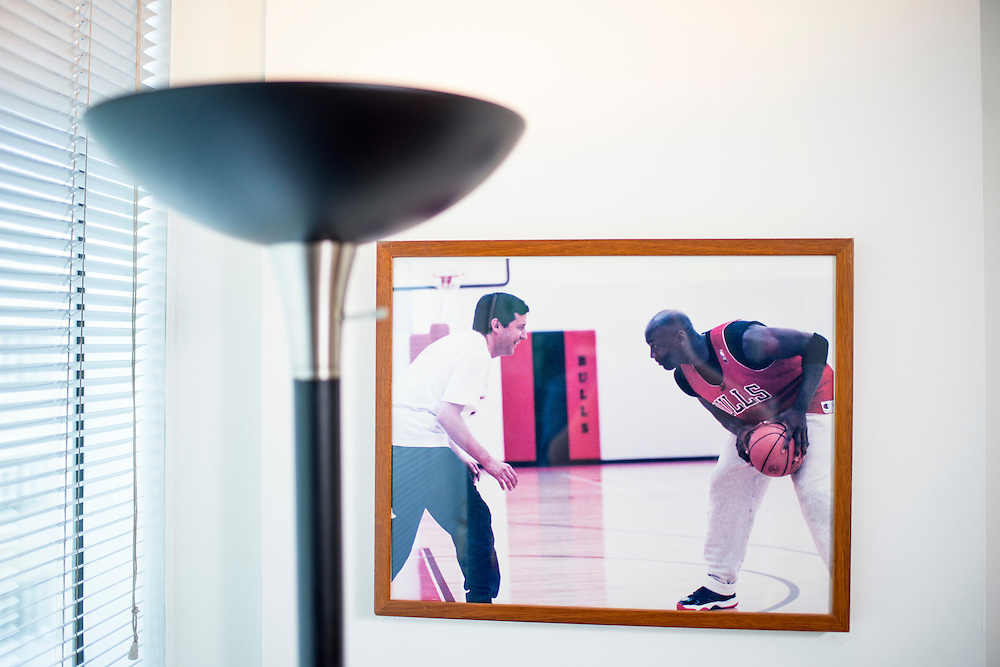