Washington, D.C. - January 23, 2015: Chris Wallace, is the Anchor of Fox News Sunday. Flanked between a photograph of Chris Wallace and his sons and Chris's brother Peter Wallace, who died after a mountain climbing accident when he was 18, is the Rolodex of Chris and Peter's father, Mike Wallace. Peeking out is the card of David Wolper, a big Hollywood producer who worked with Mike Wallace. 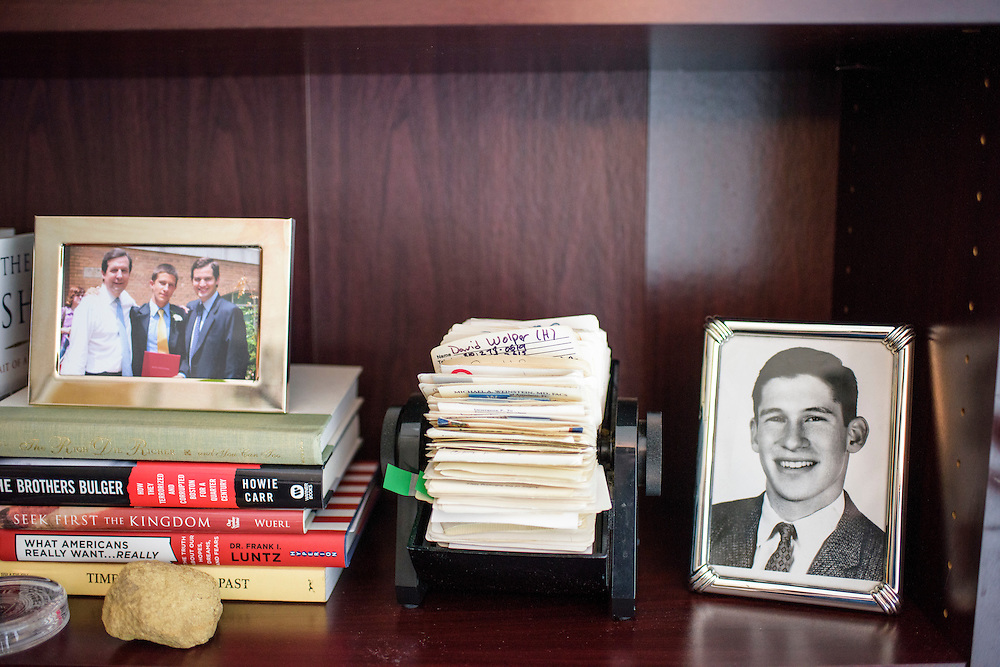