Washington, D.C. - January 23, 2015: Chris Wallace, is the Anchor of Fox News Sunday. On his office wall he has a WW II poster given to him by Donald Rumsfeld and photos of all the presidents he's interviewed, except Ronald Reagan. After the 9/11 attacks Chris Wallace attended an event with Donald Rumsfeld, where the then Secretary of Defense handed out WW II era posters to attendees. Chris Wallace said,"After 9/11 I attended an off-camera briefing that Donald Rumsfeld, Secretary of Defense at the time, gave to a number of reporters on the War on Terror. He took us into his office afterward and showed us several mementos from his career, including these posters. They had a World War II look about them, and we were all intrigued. He handed them out and I was thrilled to have one."

"Over the course of my career in newspaper and television, I’ve had some remarkable experiences and it’s fun to have photos of them around. I have a wall devoted to photos of presidents I interviewed, except for Reagan. I have everyone following him, along with Vladimir Putin when he was president of Russia in 2006. Probably the most interesting is the 2006 photo of my interview with former president Bill Clinton. I asked him what I thought was a fairly innocuous a question but he gave me a tongue lashing for about 20 minutes. " 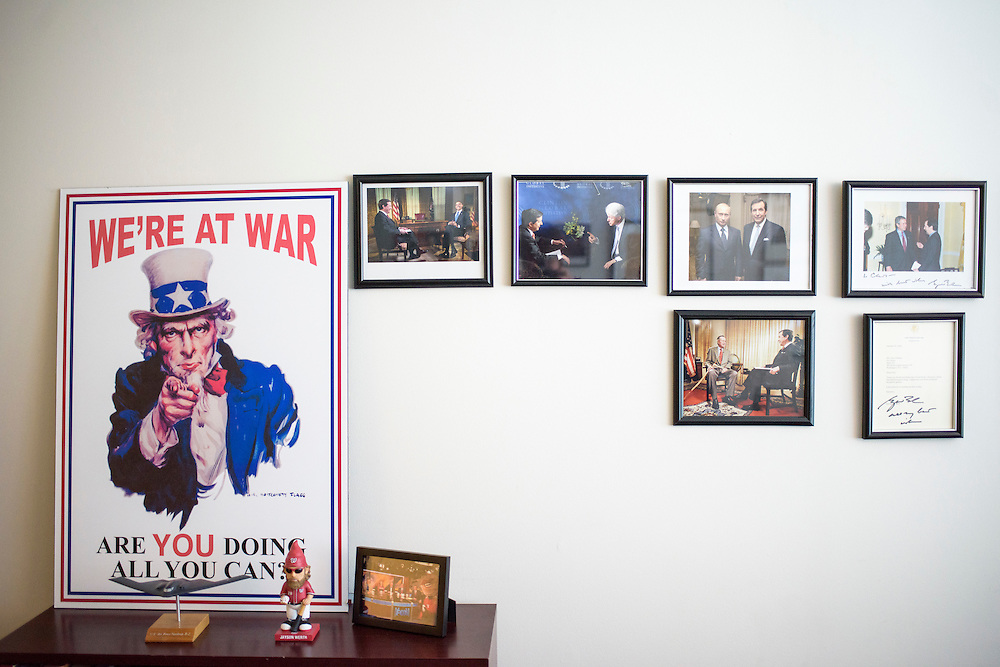