(Photo by Matt Roth)..Pitsburgh Franklins Christian "Jebediah" Brenner runs to first base kept by Talbot Fair Play first base man, Frank "Tumbleweed" Draper, who can't keep a gloveless handle on the base ball...The Pittsburgh Franklins played the Talbot Fair Play with 1864 rules during the Washington D.C. Vintage Base Ball Classic Sunday, August 2, 2009. After six innings, with the Fair Play leading 17-11, the game was called due to rain. The rain caused the D.C. Parks and Rec department to pull the field permits and the finals were cancelled. 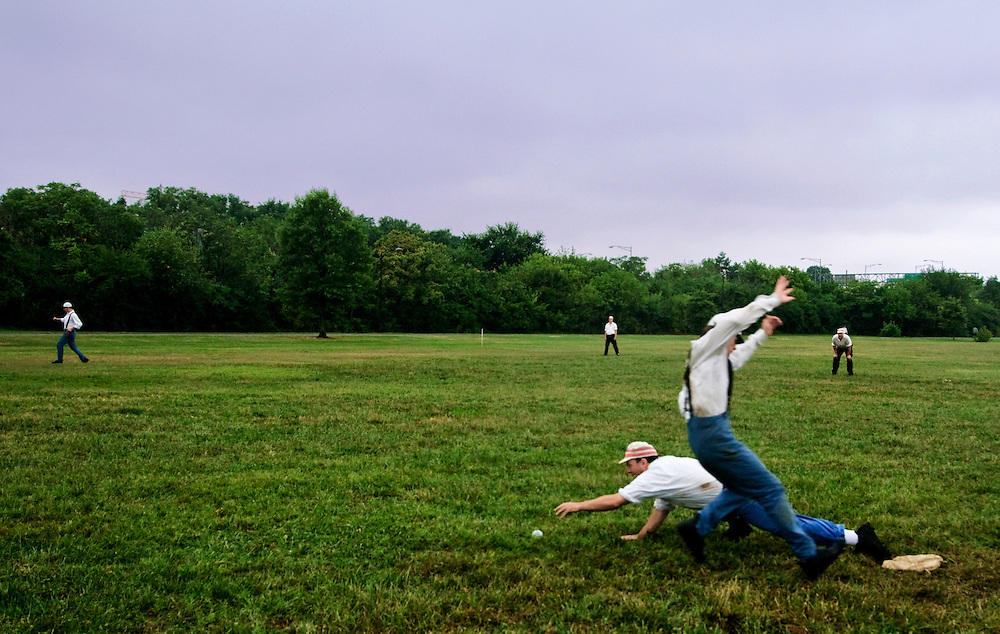