Before every game, Tom Herman, the University of Houston's head coach, hugs and kisses each of his players during the walk from the bus to the locker room .

The Cougars lost their first game of the season to the Midshipmen 40 - 46. 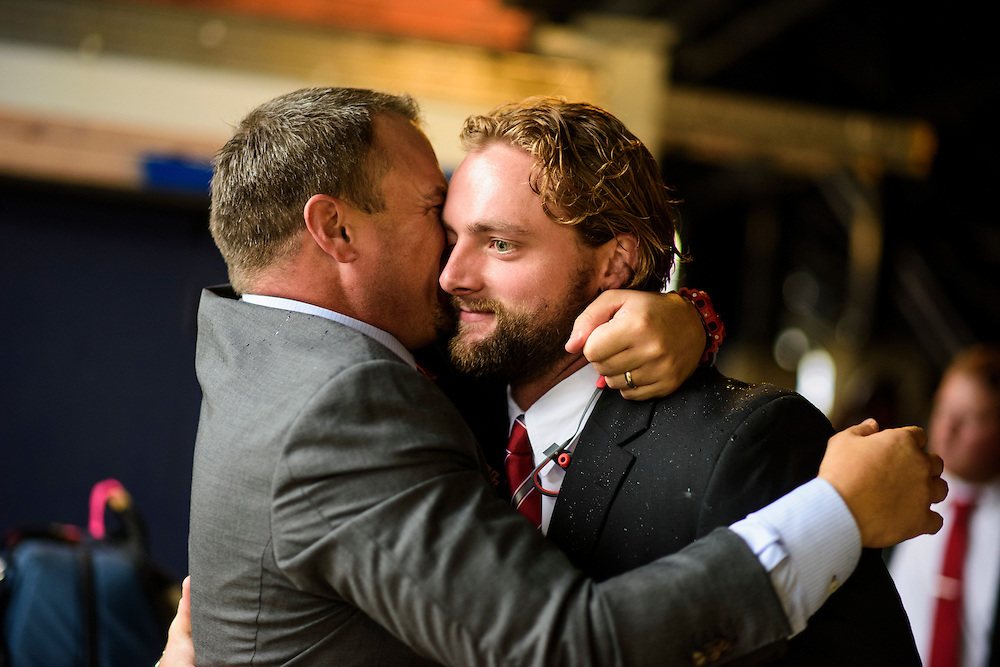